George – Maran Varthalitis has developed some theories over the years in which he has based his art works. The following sections are summaries of these theories.

More artworks can be found at the Gallery 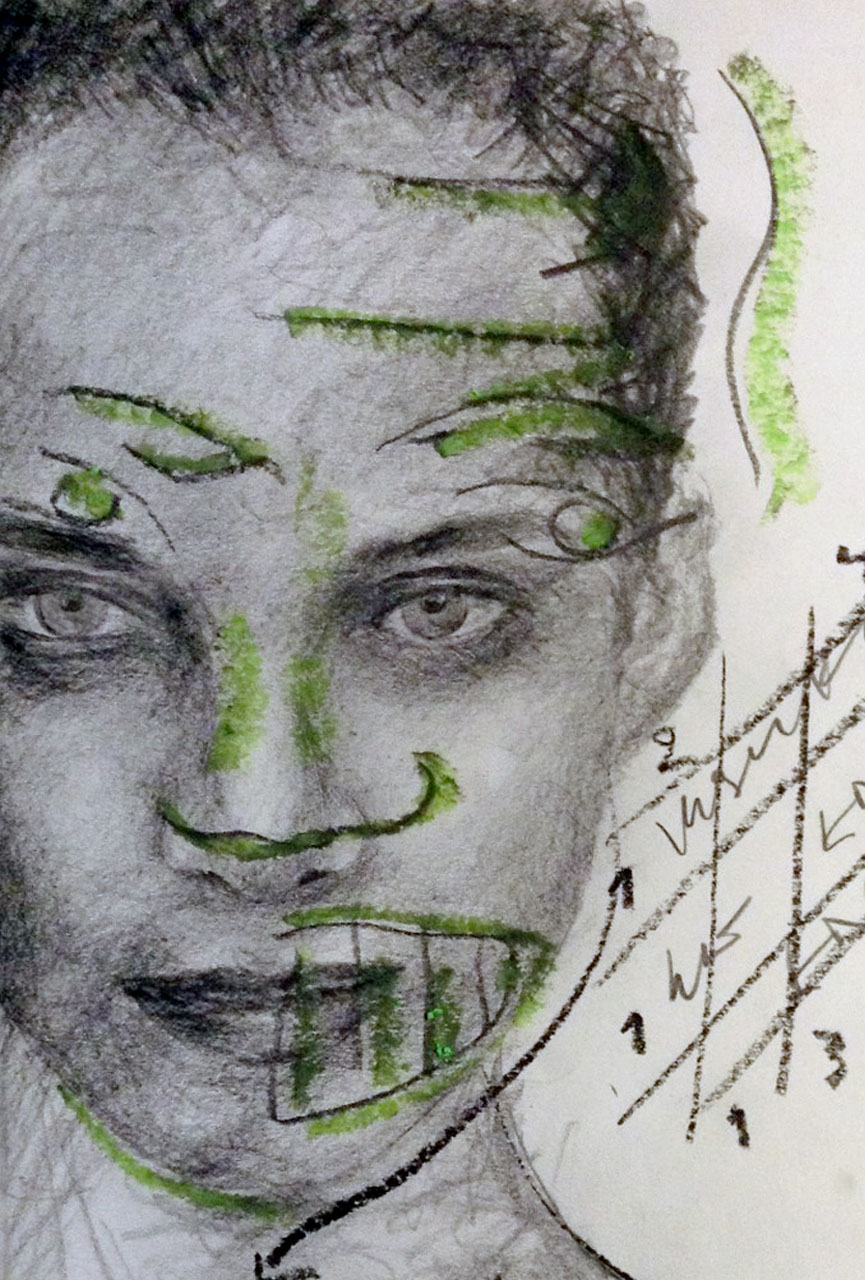 The artist’s first theory is entitled “The temporary attribution of love in a painting and the abyssal expulsion of a modular emotional fall”. He approaches love through the inner greatest procedure (which in our case is not enough) to the completion of the emotion. It is a chapter which is a part of a greater theoretical work including the following sections: Birth, Knowledge, Creation, Love, Betrayal and Death. 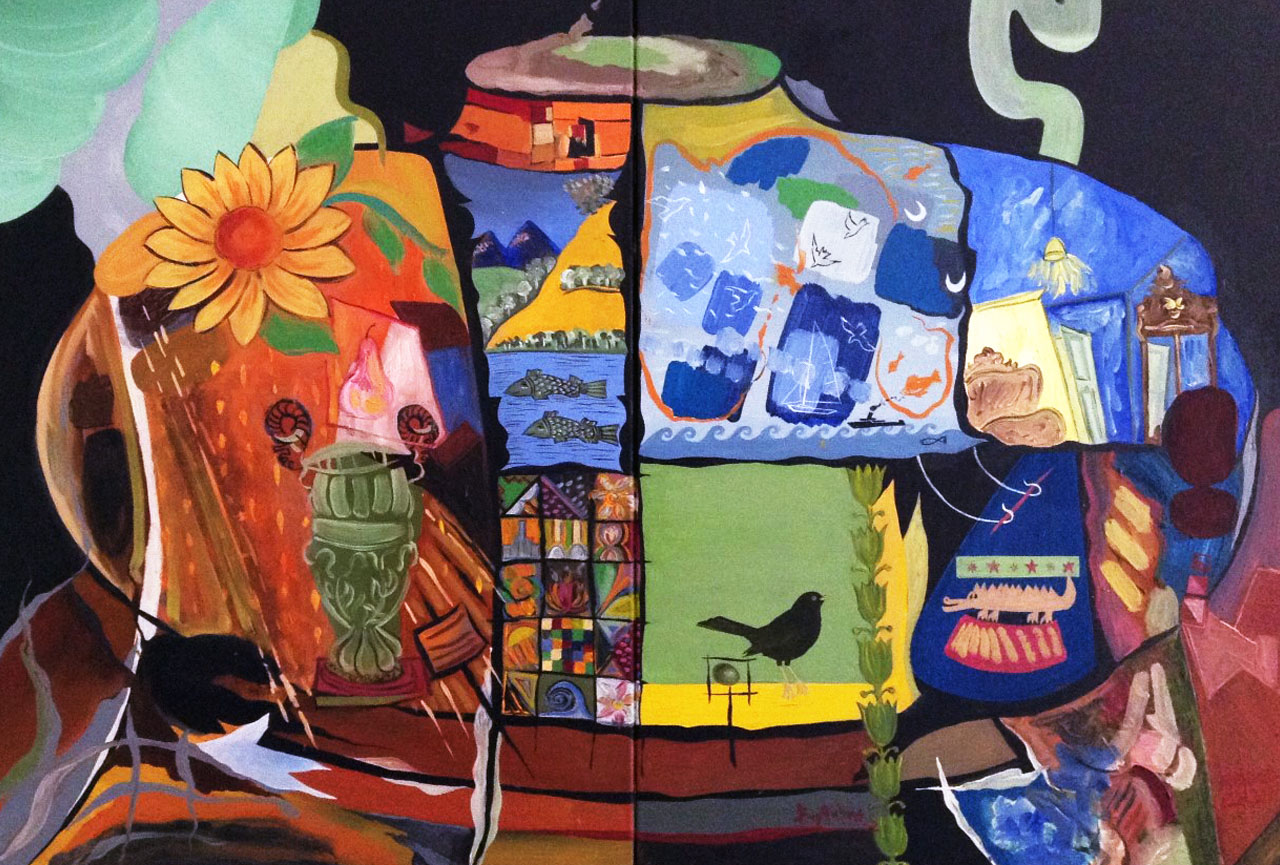 The artist’s second theory is entitled “Theoretical proposal in approaching a conceptual platform of painting art works and structures in a shape [Icon-Concepts]”. This is a theory approaching the point of view of the multiple ingenuities of Howard Gardner by adding a ninth unit, the existential one. According to his theory, for the sake of the iconological conclusion we want to make, each ingenuity is illustrated by the form of [Icon-Ingenuities] and by the form of a puzzle, where the [Viewer – Co-creator] participating by composing the pieces which are morphologically identical but theoretically different (having a different thematic form, depending on the ingenuity). With the completion of this Icon-Puzzle a psychographic result arises, which represents the mental and psychological state of the co-creator. The co-creator is taking an act in the final work, reaching an instantaneously, though permanent until a possible reconstitution of the art, stock of stable truth throughout time. 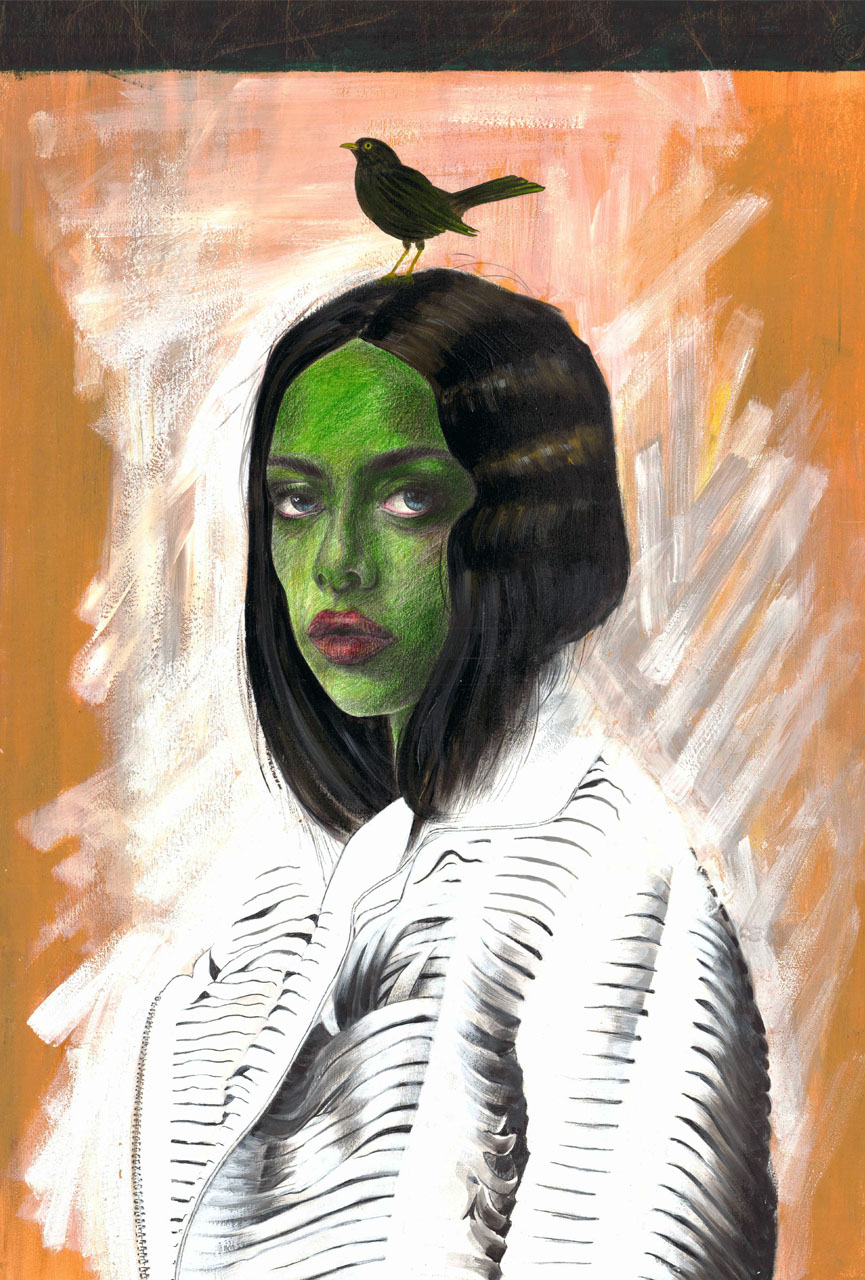 George-Maran Varthalitis’ third theory is entitled “Beautiful decay”. In his third theory, he touches the subject of the modern human living in cities (Homo Urbanus), his thoughts, his actions, his decisions, his ethics, his entropy, his egoism, his competitiveness, his unwillingness, are his key characteristics and mainly the ones concerning him. Consequently, the decrease of his social and altruistic behavior is obvious. According to George – Maran Varthalitis, the phenomenon of justice belongs to “individual structures”. This means that the pneumatic identification of modern human with dogmatism is leading to the manipulation, together with other factors, of public opinion and the deprivation of individuality. 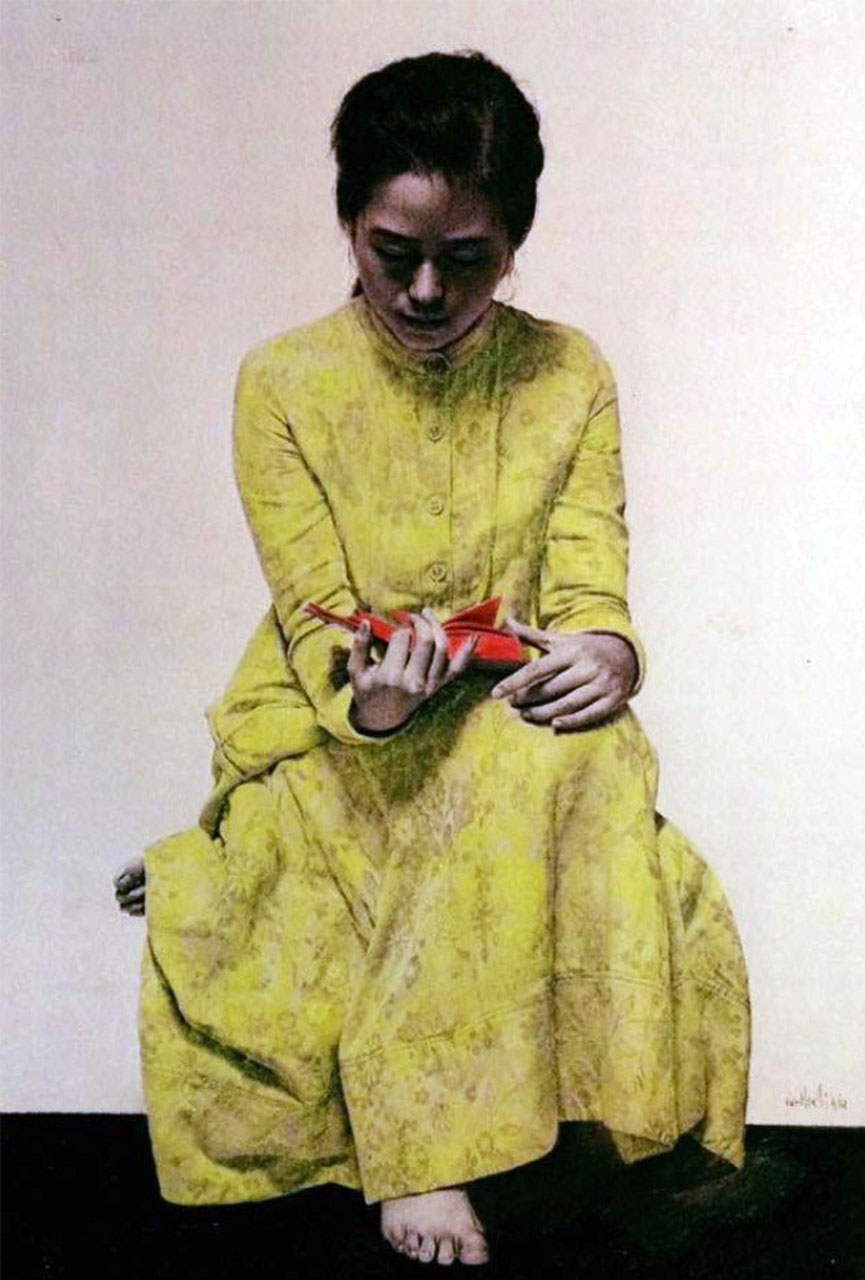 The truth of falsehood

The truth of falsehood

His fourth theory is entitled “The truth of falsehood”. According to George – Maran Varthalitis, it is certain that reality is experienced sensitively, while individuals understand and translate it mentally. The notion of what constitutes reality and the elements it contains, so that it defines the meaning of “I exist and perceive” at a specific time or not, through the image, results from the outcome. Conclusion’s pragmatism along with the subjectivism of the moment, give the futility of truth. The legitimacy of truth in relation to the charm of falsehood, which everyone hopes to be true, offers a compulsive but not honest balance, since fabrication can work amelioratingly and orthographically within reality. Reality and its counterfeit version, brings a great psychological burden, while stepping to the edges of what experts call “borderline personality.” Falsehood and truth are a miraculous-exhaustive duo and a necessary condition of reality, both in art and life.

The ultimate art of false truth
George – Maran Varthalitis also argues that, if we extend the mysterious notion of “mass poisoning”, we are talking about the deception of public opinion. The poisoning overrides the rudimentary rumour, even though it uses the same methods. It is not a fraud, although it contains deception and falsehood. It is not a hoax, even though its subordinates are enjoying the results as much as jokesters. It is not propaganda and manipulation although it contains propagandising. It is not brainwashing, even though Mass Media are being used in its contexts. The concept of truth is not being understood or dealt in the same way, relative to the concept of space and time. According to Homer, the word truth means “non-oblivion”. If we had to define the concept of truth, we could argue that it is the closest and most complete description-representation of a particular event or object, without forgetting its essential characteristics. In Aristophanes’ “The Knights”, Agorakritus prays before get in a fight with Kleon “Demons of forgiveness and fraud, carnage and stupidity[…]”. In the later years the concept of propaganda (directed fame) was born in the Vatican in 1622 A.D. (Propaganda Fidae). Other forms of propaganda that followed were the communist, the fascist, the Nazi, leading to a series of various socio-political and advertisement propagandas with long-made falsehoods.

Truth and social hypocrisy
George – Maran Varthalitis also suggests that there is an optimistic perception that the truth will defeat falsehood and light will overcome darkness. He believes that perhaps that is the most prominent dream of religions, of great movements and social reformers. He continues by arguing that they and we need to investigate the field of truth. According to the enlighteners, if we manage to do so, we would be moving into a society of truth, equality; into a society without lying, hypocrisy and delusions. He believes that this could possibly be the greatest collective illusion of history; and that is because falsehood and false consciousness are at the same time comrades of human species. Consciousness is partly “false”. We do not mind the truth of others, of nature, of the universe. The inability to perceive universality alters the revelation of truth, pushing the truth of the people and the truth of the universe further. The distance between the socially acknowledged truth and our own grows apart, so falsehood as being an individual’s truth is settled in collective and interpersonal relationships. The art through a multitude of lies can cause real emotions, and a false image can serve a truth. We are frightened in front of our truth by looking at the core of our being and our thinking. It is getting assisted by modern society, whose fake and counterfeit values dominate with the help of spectacles and shows, in an environment of generalized ideological and aesthetic confusion.

Envy of lying
According to George – Maran Varthalitis, in the light of all these previous concepts and notions, falsehood acts as a sieve to filter the truth. It is therefore intertwined with its constitution and acceptance. Falsehood is a phenomenon of the (daily) practice of life and of metaphysical upheaval; if the peace of the soul is desired. It does not always keep in line with the truth. Legal provisions, moral checks, transcendental explorations, law, the “good”, the “divine”, the authorities (lawyers-MPs-priests), are always defining clearly the falsity region; laws, principles and rules by people for people, from one era to another. Thus, the concept of falsehood is entangled, even in a false way. He therefore concludes that art, for the most part, does not present false truths but true lies.